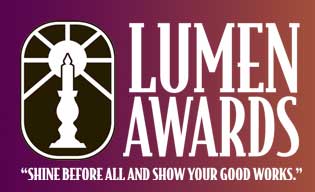 A video featuring the Dubuque Franciscans’ Sister Water Project was honored with a Lumen Award by the National Catholic Development Conference (NCDC) on September 18.

“The Lumen Awards were created to acknowledge excellence in the ministry of fundraising and to enrich the Catholic development community through sharing this excellence,” reads the NCDC website. The award name “Lumen,” which is Latin for “light” or “candle,” was chosen for the name of the award to highlight “fundraisers doing God’s work in the world, holding the light set as example for Catholic fundraising community through their good work.”

The video was created in 2017 with the help of Loras College Productions to highlight the Dubuque Franciscans’ Sister Water Project, which seeks to bring safe water to villagers in Tanzania and Honduras. In August of 2018, the video received a First Place Lumen Award in the “Donor Enhancement” category. At the annual conference held in Chicago September 16-18, the video was on display with 17 other first place winners in a variety of categories. The 600 attendees at the conference voted the Sister Water Project video as the “best in show” overall winner.

“We are grateful to Loras College who created the video for us in 2017 and to all who support our passion and commitment to this ministry!” said Sister Cathy (Kate) Katoski of the honor.

The NCDC is the largest membership association of charitable religious fundraisers in the United States, with members from religious communities of men and women, shrines, social service agencies, schools, parishes, dioceses, seminaries, and international relief agencies.