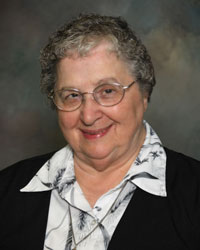 Sr. Bonita (Jean Ann) Fondell was born in Dubuque; one of 10 children. A special joy was to go fishing with her parents or brothers. She received her education at Sacred Heart School and Immaculate Conception Academy in Dubuque.  Sister ministered as a homemaker in Webster City and Manchester, and in Dubuque at Holy Trinity and Holy Family Hall.  Her dedication to visiting the sick sisters was noted, and she was asked to consider ministering as a nurse’s aide. She earned her LPN degree, and nursed at St. Mary Hospital, Emporia, Kansas, at Holy Family Hall, and for 26 years as Mount St. Francis, specializing in foot care for seven of these years. Sister retired in 2006 and resides at Clare House. 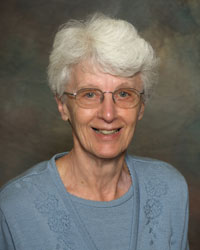 Sister Gwen (Sharon) Hennessey was born on a farm near Troy Mills, Iowa, on September 29, 1932, the 13th of 15 children.  She attended her first semester at St. John’s High School in Independence, and transferred to St Johns in Ryan High School.  Following graduation she stayed home for a year to help her parents before entering Mount St. Francis. (Her older sisters Dorothy and Miriam had been Franciscans for many years.)  She taught elementary students in Dubuque (Sacred Heart), Bancroft and Dyersville in Iowa, and Niles , St John Brebouf in Illinois. She left teaching from Dyersville Frances Xavier in 1979. She was director of the Catholic Peace Ministry in Des Moines diocese focused on nuclear disarmament & human rights in Central America.  After graduating from Maryknoll School of Theology she taught English as a second language in Brooklyn, New York. Then became director of Appalachian Office of Justice & Peace and Justice in the diocese of Richmond, Virginia. She worked with two others to write a manual titled, “Welfare to Work” and continued aiding the unemployed from 1998-1999. She served as the live-in manager at Clare Guest House, a transitional house for women released from prison, in Sioux City, Iowa, from 2005-2019.   Sister Gwen is retired and lives at Mount St. Francis Center. “I have enjoyed living out my humanity through centering, good energy, bonding with all of creation and walking with the poor as we together build the Reign of God.” 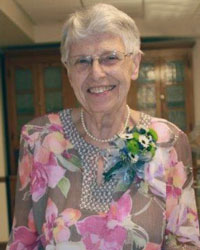 Early, Iowa was the birthplace of Sister Elvira Kelley (baptized Beatrice).  She received her grade and high school education at Sacred Heart School in Early after which she attended Briar Cliff College in Sioux City for two years. In 1950 she entered Mount St Francis and was received a year later with the name Sister Elvira, taking her mother’s name.  Sister taught high school at Granville and Wahlert in Dubuque after which she served as Formation Director for the Dubuque Franciscans for 14 years. She also served in congregational leadership for eight years. In 1980 she followed Sister Marie Therese Kalb as Director of Pastoral Planning for the Dubuque Archdiocese. After leaving that position in 1994 she became Archivist for the Franciscan sisters. She lives at Mount St. Francis and volunteers in the congregation’s business office. “Psalm 139 has always been a favorite of mine. One phrase that is especially appropriate for our 70th jubilee is, ‘I (we) give you thanks that I (we) am fearfully, wonderfully made; wonderful are your works,’” said Sister Elvira. 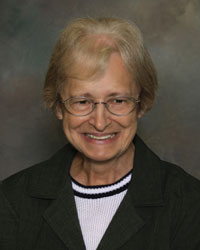 Sister Mary Kivlahan was born in Detroit, Michigan, to Henry and Margaret Foley Kivlahan.   She was the second of six children. Mary attended a parochial school in Detroit until the second half of fourth grade; from there the family moved to Farley, Iowa where she completed grade and high school at St. Joseph’s School. Sister Mary ministered as a junior high teacher/principal in the schools of Ossian, Waterloo, Dyersville, Sugar Creek, Fillmore, Stacyville, Earlville and Centerville in Iowa, and in Eugene, Oregon, and Holy Trinity in Dubuque as principal, Director of Religious Education and Parish Minister. After retiring in 2005, she served as the Hospitality Minister at Mount St. Francis Center. “My heart overflows with gratitude for the gift and privilege of having been chosen by the Lord to be a Franciscan Sister and a worker in His vineyard for over 70 years,” said Sister Mary. 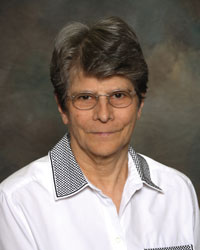 Cascade, Iowa was the birthplace of Sister Ruth (Carlos) Kleitsch, one of seven children.  She received her elementary education in a one-room schoolhouse, and graduated from St. Mary High School prior to entering Mount St. Francis.  She taught a variety of grades in Bode, Larchwood, and Waterloo in Iowa and at Corpus Christi, Chicago. One summer she was asked to work at St. Mary’s Home – and stayed there until it closed four years later. She attended St. Louis University and received her master’s degree in social work. She served as a social worker with Catholic Charities in Mason City and Cedar Rapids, spent two years working in Germany with the children of US service men and women, and ministered on the pediatric unit of Loyola University Medical Center for 19 years.  Having “retired” to Monticello in 1997, she was soon employed as an assisted living counselor for at a group home for physically/mentally challenged persons in Monticello and as a home health aide with Eastern Iowa Visiting Nurses.  Sister Ruth volunteered Monday through Friday at Senior Dining (and at other occasions that arose) and was Eucharistic Minister at Sacred Heart Church and the Nursing Home. She is a regular reader and Eucharistic Minister at Mount St. Francis Center. “My Jubilee causes me to stop and realize how blessed I have been the past 70 years.  God has graciously held me in His hand and protected me.  For this I am most grateful.” 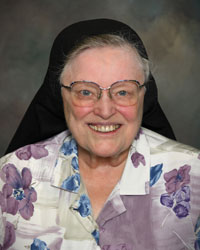 Sister Eleanor (Joann) Lambert is a Dubuque native. Her education was at Holy Trinity grade school and Immaculate Conception Academy. She entered Mount St. Francis after graduation. She ministered as a homemaker in the congregations’ convents in Dyersville, New Hampton, Alton, Dubuque (Immaculate Conception convent) and Bode in Iowa; and North Riverside, Illinois. She served as a driver at Mount St. Francis, and a nurse aide at Holy Family Hall. After completing her nursing education she served in Dubuque at St. Francis Home, Immaculate Conception convent, Stonehill Care Center and for 14 years at Holy Family Hall Infirmary on the night shift. Sister retired in 2002 and continued to volunteer as a companion for sisters on their medical appointments. She resides at Clare House. “Jubilee means for me a time to celebrate, praise, and be thankful for all that has been given to me these 70 years. Oh Lord, it is good for us to be here!”