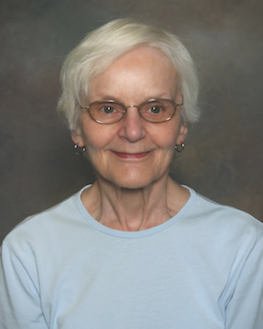 The third of nine children, Carol was born to Emil and Florence (Welp) Hilby in Dubuque on May 27, 1932.  The family lived on a small farm with large woods. The children had to start helping out on the farm by milking cows by hand and getting the milk ready to take to the creamery to be made into cheese.

Carol went to a small country school called the White School before she went to Sinsinawa Dominican High School in Wisconsin. In 1951, she entered Mt. St. Francis where she had an aunt, Sister Ione.  When she was received in 1952, she was given the name, Sister Mary Marchell.  Following her first profession in 1954, she taught at Immaculate Conception School in North Washington; DeSales School in Ossian; St. Edward’s in Waterloo; Corpus Christi in Chicago; Holy Trinity in Dubuque; and St. Mary of the Woods in Chicago.  After three years at St. Cloud, Minnesota, she got a degree in computer science from Clarke College in Dubuque.

Carol worked as a database administrator in the Archdiocese of Chicago for 20 years before retiring to Dubuque in 2007.  She found retirement difficult because, while she was surrounded by good people, she had left her close friends behind.  Then in April of 2009 life became even more difficult.  She writes, “This month I have found out that I will die twice—I have the beginnings of Alzheimer’s Disease.  At first, it was shocking—I had been quite a keen thinker—and now I was struggling with words and names that hide from me in the dark of my brain.” As the disease progressed, she went to Holy Family Hall in 2010.

This poem was in her file among other writings:

Today I will run with the wind,

Touch the clouds as they float across the sky.

I will perch on the highest tree and hide in its branches.

When the sun comes out, I will lap up the warmth and save it for a cold day.

And when I get tired I will lie in the grass and chat with the sounds of the universe.

Sister is survived by her sisters: Mary Ann (Paul) Burbach, Joan Hilby, and Ione (Ralph) Turman; her brothers: Jack (Rose) Hilby and Mark Hilby; and her Franciscan sisters with whom she shared over 65 years of her life.

She was preceded in death by her parents; her sisters: Doris (LaVerne) Kuhle and Margaret (Bill) Burroughs; and her brother, Robert Hilby.