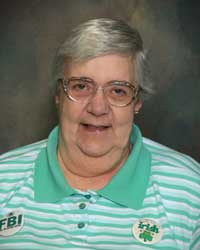 The Mass of Christian Burial will be held at the Clare House Chapel, Mount St. Francis Center at 1:00 p.m. Tuesday, April 19, 2022. Masks will be required. Guests unable to attend may participate via livestream at: www.youtube.com/dubuquefranciscans

Monica, daughter of the late Albert and Marie (Sullivan) McMahon, was born February 28, 1938 in Maquoketa, Iowa. She was baptized and confirmed at St. Aloysius Church, Bernard, Iowa. She entered the Sisters of St. Francis in Dubuque from St. Aloysius on August 25, 1956. She was received with the name Sister Mary Chabanel on August 12, 1957 and made her final profession of vows on August 12, 1962.

Sister received her BS in respiratory therapy from Briar Cliff College, Sioux City, Iowa. She ministered in Iowa at LeMars, Sacred Heart and Xavier Hospital in Dubuque. She also ministered in Kansas at Emporia and Wichita, in Minnesota at Rochester and Stewartville, and in Wisconsin at Cuba City and Racine.

Sister is survived by her sister-in-law, Mary Lou McMahon, nieces, nephews, and her Franciscan sisters.

Sister was preceded in death by her parents; her sister, Arlene Fuller; and her brothers Daniel and Robert McMahon.

Memorials may be given to the Sisters of St. Francis, Dubuque..