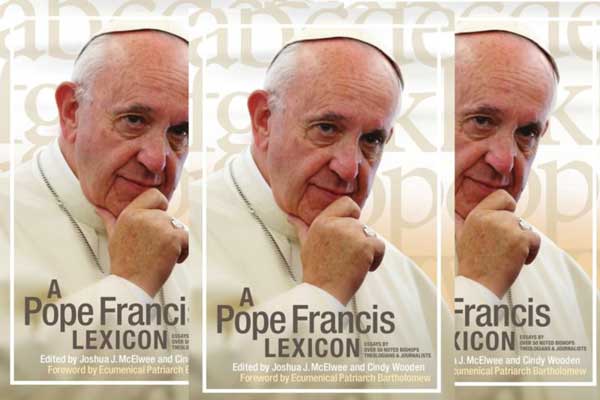 “A Pope Francis Lexicon” is a collection of 54 essays by contributors from around the globe, including Dubuque Franciscan Sister Pat Farrell.  Each author wrote on a specific word that has become important in the ministry of Pope Francis.

“I hope that people will hear in what I wrote the deep concern Pope Francis has for the least among us who can so easily experience themselves as throwaway people in a throwaway culture which does not put people first.  Pope Francis does!” said Sister Pat.

The words that the authors reflected on reveal more about Francis, his ministry and priorities, and their significance to the church, the world, and the lives of indivi

dual Christians.  The book has a foreword by Ecumenical Patriarch Bartholomew, the spiritual leader of Orthodox Christians worldwide, and a preface by one of Francis’s closest advisors,

“I was very pleased to be invited to write something to be included in the book because I want to affirm in any way possible the ‘fresh air’ Pope Francis is bringing to the church,” said Sister Pat.