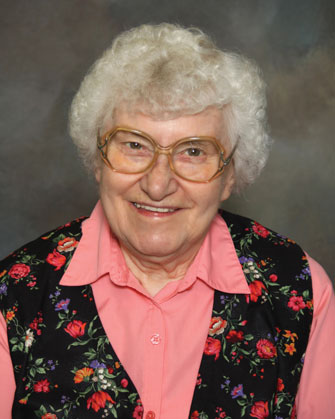 Following Archdiocesan directives, a private Committal Service will be held at 1:30 p.m. Thursday, May 21. A Memorial Mass will be scheduled for a later date.  Burial will be in Mount Calvary Cemetery.

Sister was born on July 24, 1920 in Mapleton, Iowa, to Michael J. and Elizabeth (Zeiman) Schoenherr

She entered the Sisters of St. Francis August 25, 1946, and made final profession of vows August 10, 1952.  Sister received her master’s degree in Education Administration at Loras College in Dubuque.  She ministered as an educator in Iowa at Earlville, Hospers, Odebolt, Norway, St. Joe’s Bode, Jesup, Heelan in Sioux City and in Illinois at Hazel Crest and Midlothian.

Sister is survived by her sister Nora Flanigan, nieces and nephews, and her Franciscan sisters.

Egelhof, Siegert, and Casper Funeral Home is in charge of arrangements