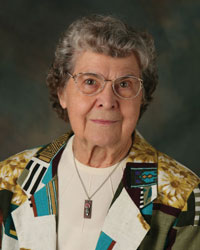 The Mass of Christian Burial will be held at the Clare House Chapel, Mount St. Francis Center at 1:00 p.m. Friday, February 4, 2022. Due to COVID-19 restrictions, guests will only be allowed to participate via livestream at: www.youtube.com/dubuquefranciscans.  Burial will be in Mount Calvary Cemetery.

Memorials may be given to the Sisters of St. Francis, Dubuque, Iowa. Leonard Funeral Home & Crematory in in charge of arrangements.